TSHA is hiring! If you know someone with a heart for the deaf and hard of hearing community, and the skills needed, have them read the attached job openings and consider applying. Deadline to apply is Oct. 20. For all inquiries please contact info@tsha.cc or follow the blue buttons to contact Diana Emerson, Program Director or Renee’ Erwin, Deaf Services Manager directly. 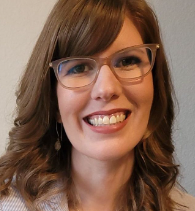 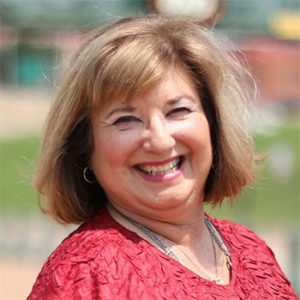 Pamela Dose has a BA degree in Economics from the University of Arkansas.  A Tulsa native, Pam began her career with non-profits as Volunteer Coordinator for Project Get Together – which would later become CAP!  She is a past president of Association of Fundraising Professionals, a United Way panel member and co-finance advisor for her sorority at the University of Arkansas.  Pam has served as Assistant Director of the Retired Senior Volunteer Program and Executive Director of Tulsa CASA.  She enjoys utilizing her business background to assist TSHA with fundraising and development.  When she is not “at work” she enjoys travel, watching the HOGS play football, basketball and baseball, and spending time with her three beautiful granddaughters!  Woo PIG Sooie!! 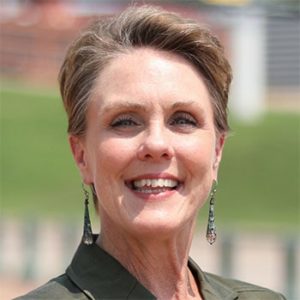 Diana grew up in native Alaskan villages and a few years in the tip of Texas, so different cultures have always been a passion of hers. She earned her BS from TU with a double-major in Deaf Ed and Elementary Ed, and taught language arts to hearing elementary students for six years before joining TSHA. In 2008 she earned her Master’s in Human Relations (MHR) from OU-Tulsa. Diana has also been a nationally certified interpreter for 20 years.

Diana brings a unique set of traits to the TSHA team: writing guru, award-winning public speaker, an understanding of the experiences of elderly hard-of-hearing people as well as the signing deaf population, and most of all – a heart and deep commitment for our community.

Outside of work, Diana enjoys her husband, her family of daughters and 8 grandchildren, and relaxes with movies and her backyard waterfall and garden. 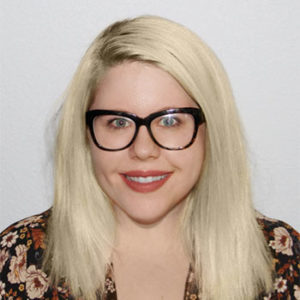 Tess Ogden is the marketing manager at TSHA. Prior to joining TSHA, Tess has worked in hearing-loss fields such as an audiology lab, deaf preschool and is hard of hearing herself. Tess graduated from Oklahoma State University with her focus in graphic design and marketing. Today, she loves spending time with her son, making music and waiting anxiously to get back into the skating rink! Let’s boogie! 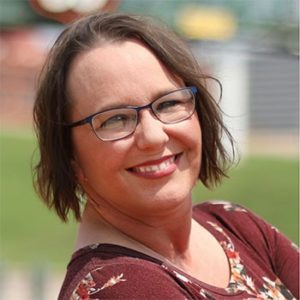 Renee’ Erwin is a 2015 graduate of East Central University with a BA in Services to the Deaf/Counseling.  She did her internship here at TSHA and was hired as a Deaf Services Specialist.  She now oversees the Deaf Services (DS) Department as Deaf Services Manager since becoming full time in May of 2016. She has really improved the DS department, bringing more access, more involvement, and changing how DS serves our community including working with many other businesses, agencies, attorneys and organizations to better serve their deaf consumers.  In 2017 she was chosen as 2018 Tulsa Woman of the Year by the Mayors Commission on the Status of Women in collaboration with the YWCA for improving access and breaking down barriers in Tulsa.   When she isn’t working, she is enjoying time with her soon to be 1 year husband and their 7 children and staying busy with 6 of whom are ages 10 and under.  Her son and daughter in law recently made their home in Tulsa and she is excited to be welcoming a grandson in January 2023! 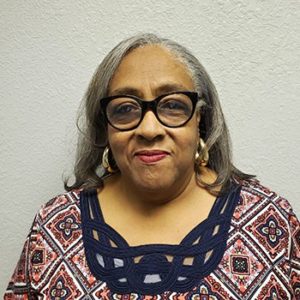 Chestine joins us with her MBA from University of Phoenix and 40 years of customer service, collections and credit analysis. She was the supervisor at the Credit Bureau of Bartlesville and financial secretary at Great Union Baptist Church in Tulsa. When Chestine is not in office she loves spending time with her grandchildren, watching movies and going shopping. She states, “I’m one of those ladies who will shop on clearance racks only!” Welcome Chestine! 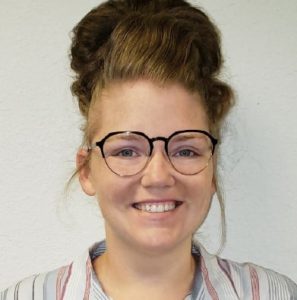 Lisa Moreno is one of the Interpreting Services Coordinators at TSHA. Lisa has 13 years of experience in customer service and 4 years in a management position. After Graduating from Tulsa Community College with her Interpreting Degree Lisa started working at TSHA to further her knowledge and experience in serving the Deaf and Hard of Hearing Community.  Lisa absolutely loves working with people and bringing access to those around her in a creative and proactive way.

While not working, Lisa likes to cuddle up with her dog Rose and watch cooking videos on YouTube for new recipes to try out.

*Lisa has currently relocated to California but is working remotely. If you need to get in direct contact with her please email her directly at lmoreno@tsha.cc 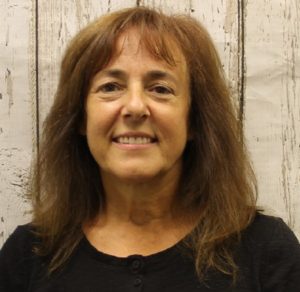 Sandie has been interpreting professionally since 1989 have 2 children (they sign as well), retired for OSU in Stillwater (was interpreting and taught ASL classes, set up minor and prepared the way for the ASL Major; still teaching at OSU-Medical in Tulsa. When Sandie is out of the office she loves to ride motorcycles and travel the world. Sandie has a big heart for the deaf community.
Contact

Get connected with us at TSHA and learn about other volunteer opportunities
from Diana Emerson, demerson@tsha.cc.

Serving individuals with hearing loss across the entire state of Oklahoma